After a very long period of inactivity due to their split up, the legendary Ugly Kid Joe have reformed and are back with an EP of 6 songs released last summer (2012), entitled Stairway To Hell (clearly, a parody of Led Zeppelin's song Stairway To Heaven).

After a very long period of inactivity due to their split up, the legendary Ugly Kid Joe have reformed and are back with an EP of 6 songs released last summer (2012), entitled Stairway To Hell (clearly, a parody of Led Zeppelin’s song Stairway To Heaven).

The californian band has been providing a solid presence in my music universe during the 90’s (ah, the 90!), so when I’ve learned about their resurrection with a brand new work, I’ve immediately got it as soon as I could, and was very excited about it. The sound is as captivating and full of energy as it used to be in the old days, and that’s definitely good news! As for the lyrics, well, they obviously got soft with the old age, I guess…

Just kidding! Faithful to themselves, the lyrics of Stairway To Hell are as rugged and daring as they could possibly be, but the music and the singing always wrap them up in a playful and mocking fashion, so despite all the harshness of the words, their songs do not inspire hate, or any other negative feeling at all, and in my opinion that contrasting mix is the Ugly Kid Joe’s unique signature.

The opener Devil’s Paradise makes the record start with a great guitar loop, followed by an epic riff, and that alone is just enough to make you happy that the band is alive again.

The record includes some funnily entertaining songs in classic Ugly Kid Joe’s style, like You Make Me Sick (“I’ll keep squeezin’, until your blood drips dry, there ain’t no reason, for you to be alive.”) and Love Ain’t True! (“You know I think that you’re a bitch, who only likes me cuz I’m rich”), a darker tune such as No One Survives, and it closes down with the softer Another Beer, based on a quiet and melodic acoustic guitar, and something tells me that it’ll become the personal soundtrack of many people, right?

Well, at this point it’s just a matter of wondering if this brand-new mini-album means that a real album will be released in the near future, and I really hope that to be the case, because my music collection has always a good place reserved for Ugly Kid Joe and to their delirious spirit.

Here’s the tracklist for Stairway To Hell: 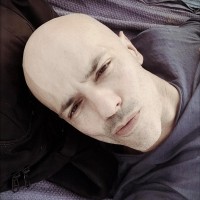